“True learning only takes place when it alters your behavior.” 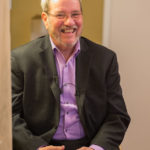 Life is a collection of continuous learning experiences that can either drive us to great success or lead us to great failure.

Or, the third option, the one most people take – make no real impact on our lives and leave us right where we are.

You see, the key to success is taking the things that happen to us in life and learning from them. Taking them and understanding them and using what we have learned from the lesson to change our lives.

The way to great success is to learn from the things that happen to us and to use that information effectively.

I learned it when I was a project manager for the Boeing Company. They had a very strict process that makes you documents, after each project, successful or unsuccessful “lessons learned.”

This is a process where you have to go through the project you just completed and ask yourself, your team and all those involved, what did we learn?

What will help others as we move forward?

This process then creates a piece that goes into the project note book and becomes part of the permanent file.

Further, at Boeing, you actually have to present this information to a team of your supervisors and your peers so they can ask questions, make comments, and share their input. 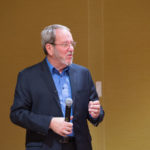 It then becomes a document that others can read, review and understand when they work on their own projects.

Now I want you to really think about this one. What if we could do this for the things that happened in our life?

What if, after each project in our lives, we took some time to write down the lessons we learned. What would that do for us?

Question: How many people after a bad relationship have taken time to understand what they learned both on the positive and negative side?

No lessons learned. It is that simple.

What if you took some time and really understood what was happening? Would that make a difference. You know it would.

Successful entrepreneurs are those who have failed, understood and got back on the horse.

Unsuccessful entrepreneurs are those who still talk about the time they tried to start a business and that it just wasn’t for them. How many great businesses died after only one or a few tries? If it were that easy, then everyone would be doing it, wouldn’t they?

Successful executives are those who have tired, failed, understood, and got back on the horse.

Unsuccessful executives are those who settle for less than they know they can achieve in their lives. They lower their expectations to fit their situation and go on with life.

Are you willing to do this?

This part of the book is here to help you do that.

But first, let us run an example of what you can do.

Let me start with the story of a software company that did not work. The company was started with all the energy and passion of the three owners. They had a great product and good access to cash as well as great drive to make it work. Success should have been theirs. Yet a few years later it all fell apart and they had to close out the partnership under not so great conditions.

Looking to create a podcast of your own?

Why not listen to the best as I always try an teach you. 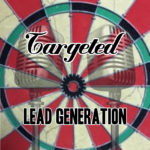 My interview with Tom Antion, Internet Multimillionaire “guy next door” and founder of the only licensed, dedicated Internet marketing school in the country. He’s the subject of a Hollywood Documentary “The American Entrepreneur” premiering later this year

Click this link to listen to my interview with Tom Antion and learn how to create your own powerful podcast.

So to understand what happened they needed to put together a “lessons learned” document. Let us take a look at that document.

1.        All the partners of this venture played it off as a secondary thing in their lives.

Each of them had other business interests and jobs which they gave the number one priority to. This venture was just a secondary thing in there their priority schedule.

First lesson learned here was simple –– if someone, any one of the partners, had taken this as their primary focus, or the team would have hired someone to do this, they would have had a much greater chance for success.

The lesson learned was that without a person taking ownership of the new company –– it was doomed to failure.

Each team member would not forget that lesson. Moving forward they knew that the next time they put an organization together, someone needed to lead it full-time.

2.        The leadership team took one of the partners and made that partner give up their full time job.

They then hired him full-time into the business as the sales person. He was not the right person and ended up having to get another job after less than six months.

Lesson learned: The company needed a leader who could make it work, not a sales person. They did get some new business, but because of lack of leadership and focus they lost it. They had too much focus and emphasis on selling and not enough on leading the process.

Moving forward they learned that the next time they hired, they needed to take more time, energy and effort to understand “the need” before just making a move to hire a sales person. What the company needed was a full-time leader who could sell and lead the day-to-day operation. What they got was a sales person. That is not bad, but sales people do not always make great leaders.

3.       They secured an excellent line of investment capital in the process which allowed them to not have to deal with lack of cash. 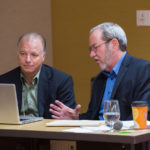 Now here we have a positive lesson learned. The lesson was simply that having the cash you need allows you to do what you need to do and not spend all your time trying to get money and figure out how to pay the bills.

But this can also be a negative lesson learned. Simply that this lack of concentration on the cash has the tendency to maybe make you sloppy.

Securing the cash you need to build is critical to the business. But be careful, do not let that comfort of money in the bank stop you from understanding the cash flowing in and out.

These are just some of the lessons that were learned in this example. The actual document was much longer and much more painful. It is painful to learn the lessons of business and life. Yet, if the team did not do this analysis, then the next time these people did a business venture, together or separately, they would have had the tendency to make the same mistakes again. We as people have a great tendency to do what we know first. It is just human nature.

An even worse outcome, which too many times happens, is the people who fail never try again. They never do it again because they are too afraid. Instead of failure creating success, failure in too many cases creates conformity. Instead of failure creating success it creates someone who never tries again to build a business. Most of the great businesses in the world today were started by someone who failed, got up, failed again, got up, failed again, got up and made it.

Please take this with you, even if you take nothing else. Failure is a learning tool to help you get better and better at what you do. If you let it stop you, then you miss the most critical point, that failure is here to create success, not prevent you from achieving it.

So how do you implement this in your life?

After each project, after the events that affect your life, after relationships go bad or good, after you leave a job, take some time to create a “lessons learned” document. Yes, you do have to write it down. Don’t you get that by now?

If you enjoyed this article, then please get a copy of Coach Manny Nowak’s book, Failure Creates Success. Click here to order today: